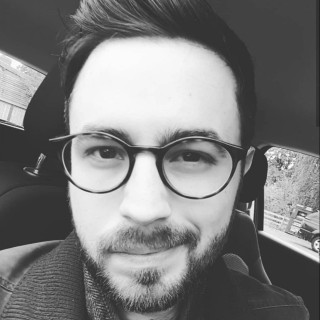 Well, what a weird few weeks it has been since accepting my degree, aside from that  usually being a joyous celebratory occasion, it was somewhat quickly followed by annoyances, phone calls and (unbelievably slow) emails.

Oh dear, have you accidentally invented something spectacular and top secret with all the world’s governments after you?

Nothing that far-fetched and earth-shattering (sadly…?), but this is one of those moments when you realise as well as progressing academically up the ladder, you’re also progressing up the responsibility one as well. Now this isn’t something that overly troubles me, I’m quite happy to Organise myself and my life to be able to do things I want to do etc. But what I object to, I’m afraid, is the doubtful and questioning nature of all the businesses and services you try to procure in order to have somewhere to sleep, organise finances, bills etc.

That’s probably because I am, and the first port of call for most new students in the UK, whether they are undergraduates or postgraduates, is to open a student bank account; valleys of grinning idiots trying to grab your custom with either freebies or thousands of pounds in interest free overdraft facilities. The bank I was with overflowed with insolence, to the point where they placed a doubtful judgement on my character; probably done inadvertently, but slander is slander no matter if intended or mild.

What did you do to break their nose, metaphorically speaking?

To spite them, I decided to switch to another Bank, however I initially just encountered even more of the same problem with my old bank. Anyway, in the end I decided to go to a more local version of the bank I was switching to, whom sorted me out swiftly and were extremely friendly too. In the end, after 2 accounts being opened by accident and access to the online facilities going wayward, I finally managed to open a student bank account.

Sounds like a faff, did you encounter more problems?

Oh yes, after sorting out the banking situation came sorting out accommodation, I knew this wasn’t going to be easy anyway but obviously the first step was trying to find other people to share with. Firstly, the rental market near Milton Keynes ins’t that great to begin with, and this isn’t helped by the fact that the Open University doesn’t have any undergraduate students roaming the town. After a few emails between other students within the department starting this October I finally managed to find another person to share the brunt of rental costs, after that then came the onslaught of endless searching for two bedroom accommodation, which isn’t easy.

Did you and your new friend manage to find some accommodation?

Yes, we did, a rather nice and modern flat, unfurnished but with the ‘white goods’, a term which seems rather dated now as not many appliances are really ‘white’ anymore. But the troubles then started, mainly due to incomes, despite my fellow astrochemist having a tax-free stipend to his name, it wasn’t considered enough and I sadly didn’t have another secure income (yet). But, my dad acting as a guarantor came to the rescue, in order to make the landlord happy a certain total of income required from the tenants, and this was met combined with the guarantor. Sorted? Nope, they were still placing doubt on our ability to pay the rent, so after more emailing and phone calling we finally came to an agreement on paying six months rent up-front, something which helps myself in the long run with fewer outgoings per month. So, in the end it was a win-win situation for all parties.

So as you can see, this journey easily affects you in more ways than just the academic challenges and struggles I’ll no doubtingly face, and everything seems far more uncertain and ambiguous when you enter postgraduate life. So, if you’re a fresher undergraduate student, feel lucky in knowing UCAS helps you with setting up student accounts and you have some easily accessible accommodation with minimal fuss in the halls of residence. But, just remember that in subsequent years, it will not always be so straightforward and easy, something will always drag your legs down and slow your pace.

Anyway, hope this somewhat helps anyone who happens to empathise my struggles over the last couple of weeks.